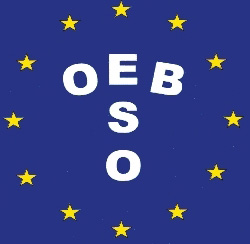 ESO looks after the interests of the European private inland shipping entrepreneurs on the European level. The ESO-Council is composed of representatives of Belgian, Dutch, French, German and Polish inland waterway transport organisations. President is Mr. Christiaan Van Lancker.

The European Skippers Organisation is founded in 1975 in Brussels to make the voice of the independent IWT entrepreneurs clearly heard by the European Commission, formerly the EEC. Since then, ‘Brussels’ has come to see inland waterway transport (IWT) as a serious and sustainable alternative.

ESO is the interlocutor of the European Commission (DG-MOVE) and the Central Commission for the Navigation of the Rhine (CCNR) and participates in many working groups, often established on demand of ESO. Together with the collegues of the European Barge Union (EBU) a nautical-technical commission has been formed to advise the EC and CCR.
January 2014 the ESO Commission for Tanker Shipping and ADN was established, which has been acknowledged by UNECE.

February 2018 the legal form of ESO has been converted to non-profit association (VZW) under Belgian law.